Words and Pictures - do they go together? 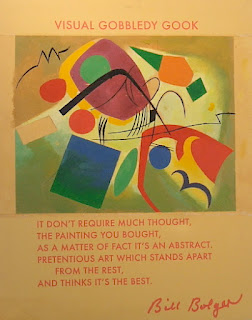 “Text’ was an exhibition at St.Ives Arts Club to accompany the May Literature Festival organised by Bob Devereux 2012.

The works used words in a variety of ways - Bill Bolger made a poster denouncing abstraction as pretentious but using either a copy of Kandinsky or something very similar that rather undermined his point because it was such a lively, enjoyable example.

Brave though in St.Ives where just up the road, at The New Millenium, Trevor Bell’s large sumptuous abstracts, sometimes on shaped canvasses, offered an experience of being immersed in colours and shapes for those who can swim in such waters. However he accompanied the show with a video in which he paradoxically announced that words have nothing to do with art. 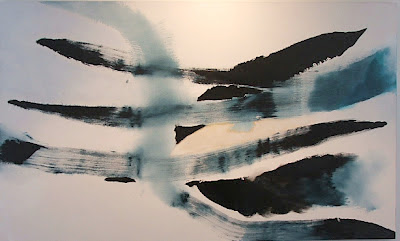 Back in the Arts Club there were many words, mostly quietly used, needing time to muse over, a lot of grey subtlety. 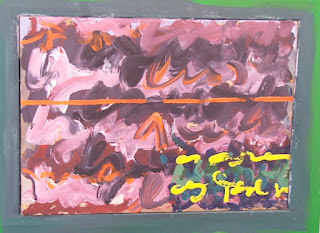 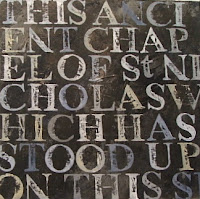 while Sally Macabe preferred the attractive visual look of typeface. 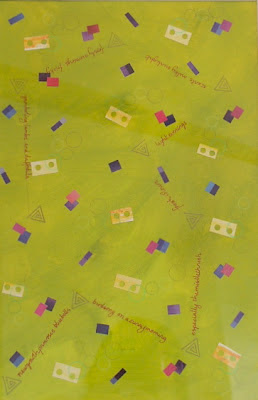 and Bob Devereux achieved a balance of the text and the shapes and colours complementing one another. 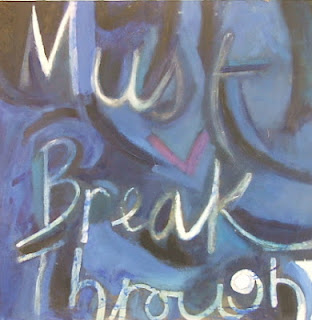 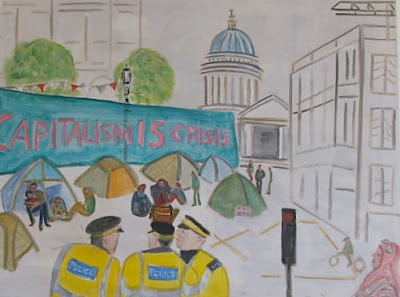 I  had a painting of the St.Paul’s anti-capitalist protest incorporating a political banner and a notice of the dates of the protest camp, so documenting it. 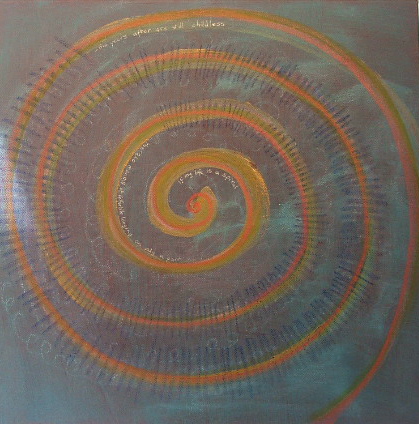 I also documented, with a spiral form and thoughts written quite small within it, how I had felt about childlessness as a part of my life. I tried to attract with the form and colour and then embed a meaningful reflection in words, rather as Grayson Perry attracts one to the ceramic form and then up close you encounter something else about his life.

Pauline Devereux had embroidered words about violence on a scarf next to a statement about her enquiry into suicides. 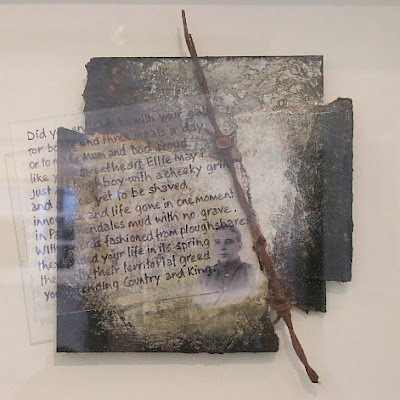 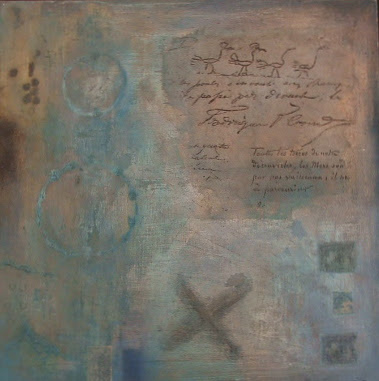 Zara Devereux used language made more mysterious by being in French and combined with subtle tones and gentle allusions which were hard to understand.

John Higgins was clearer, with an atmospheric image of storm and lighthouse and words introduced to add something about a steamship on the Nile. 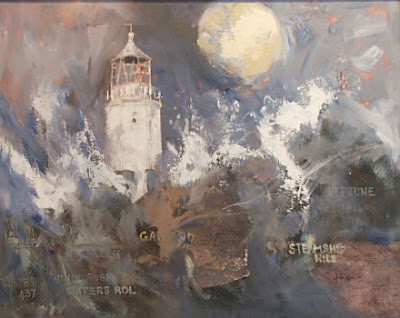 Nicola Higgins was more cheerful with a collage of delicately painted details referring  lightheartedly to experiences of Italy. 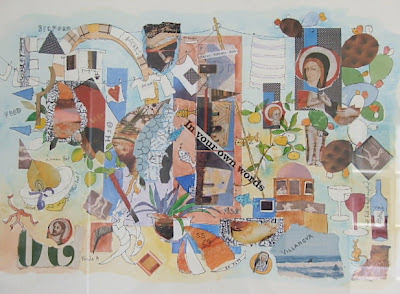 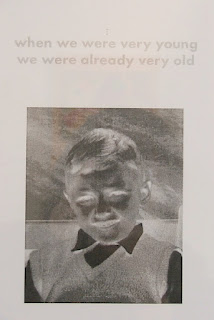 Lastly, John Clark was commenting about culture old and new, about our sense of reality, about love, providing rather a lot to read and photographic images in negative.
Do words always dominate if they are used, whatever the relative scale or degree of fuzzy focus?
Can image and text balance and add to one another? Aren’t some words  always needed in the label, in being told about the context, or meeting the artist in person or in a book?
Do dealers sell the image of the artist, often in words, as much as the artwork?
Some artists want to be vague, to suggest, to leave a lot to the viewer to imagine or complete - perhaps they are vague themselves and don’t want to commit to anything?
I want to be as clear as I can, to communicate my ideas as simply as I can.
Posted by Mary Fletcher at 07:15 1 comment: